Origins of the Surname Brandi 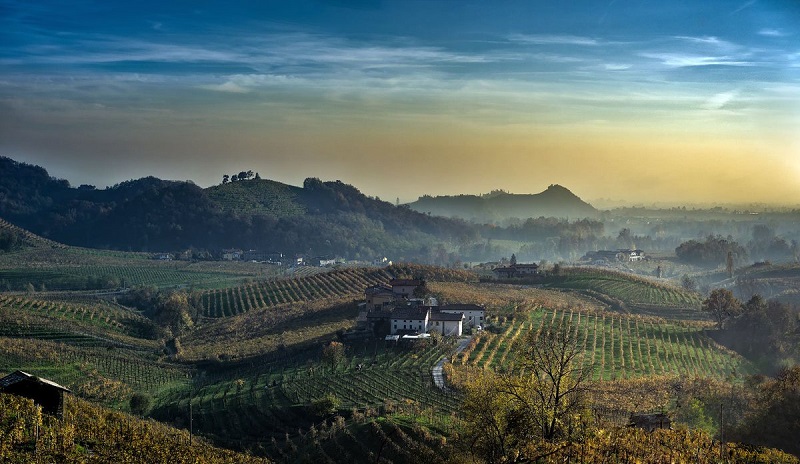 The surname Brandi comes from the word "brant" which means first poker then sword.

In the Brandi's coat of arms two elements, the laurel branchs and the crown, repeatead three times, furnished by a whole of the Gules shield. The symbols adopted into the armory are been used since the Antiquity, but heraldry itself began from the XIIth century. 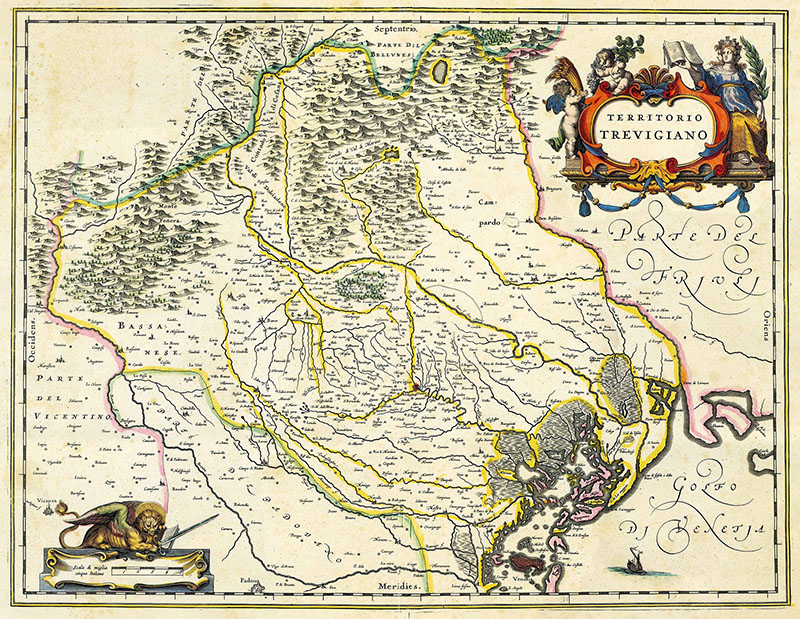 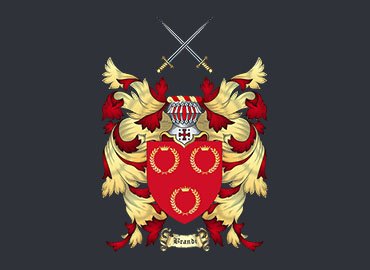 BRANDI
Brandi is a surname with a Coat of Arms.
Gules, with three times two golden laurel branches, curved in the shape of a wreath, with the ends passed in decus and a crown of the same between the tips.
Helm and Lambrequins.
Crest: Two crossed point swords. 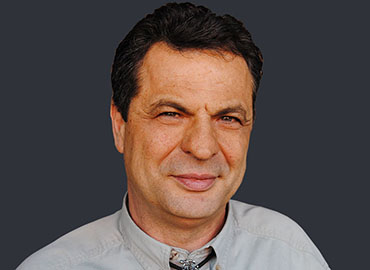 DESIGNER
I was born in 1960 in the south of Italy.
I studied Classic Archeology and Ancient History in Geneva (Switzerland).
I am passionate about sailing and horse riding; I also like computers which allowed me to create this modest Website. 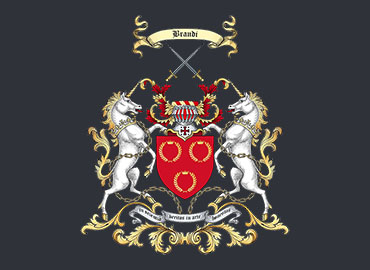